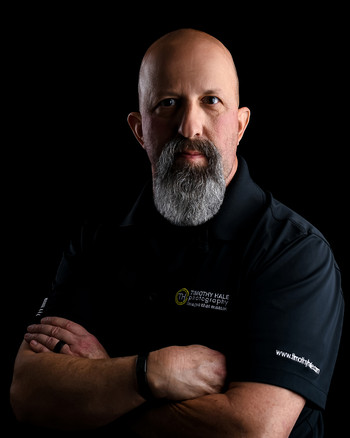 Everyone has a story and I share those stories through my images.

Hello. I am an award-winning, independent photojournalist certified by Nikon Professional Services with more than 40 years of newspaper, magazine, and broadcast (television and radio) experience based in Southern Pines, N.C.

Throughout my civilian photojournalism career, my images have received multiple awards from the Associated Press, Georgia, North Carolina, and Virginia press associations.

ZUMA Press represents my national/international freelance images, and I am also a contract photojournalist for The Pilot newspaper and Pinestraw Magazine in Southern Pines.

From 1982-1987, I served in the U.S. Air Force as an Intelligence Analyst specializing in strategic, tactical, and ground reconnaissance.

(NOTICE OF COPYRIGHT:  All photographs and text within TIMOTHYHALE.com are copyrighted to TIMOTHYHALE.com or the stated publication and presented for web browser viewing only.

Downloading, storing, copying, reproducing, manipulating, altering, or using any of the content on this website in any other form (traditional print, broadcast, and social media) is strictly prohibited without prior written consent from TIMOTHYHALE.com or the stated publication. Using any image as the base for another illustration or graphic content, including photography, violates copyright and intellectual property laws and will be actively prosecuted.)

(DISCLAIMER: Some military images depicted on this website were made with government-furnished photographic equipment and made on government time. They are free from copyright and are available for download in the public domain at https://www.dvidshub.net/portfolio/1008021/timothy-hale)